The Lululook foldable magnetic stand for iPad offers a more versatile option thanks to its two-hinged design, but while it improves usability in some ways, it takes away from others.

We like magnetic iPad stands made by Lululook, but until now they lacked one thing: hinges. The original models could rotate or adjust the angle but were permanently locked at one height.

Lululook has since added a hinge to the base of the stand so the iPad can rest at multiple heights and angles while still rotating. This increases the usability of the stand by several magnitudes, adding to an already great experience.

Lululook offers its foldable magnetic support for the 12.9-inch iPad Pro, 11-inch iPad Proand ipad air. The maximum height is almost identical to the original stand, but the neck is slimmer and has no cord management hole.

The stand is a little more minimalist thanks to the slimmer neck, although Lululook’s logo is prominently displayed on its foot. The magnets line up with the magnets on the iPad to securely attach the device to the stand.

The hinges are rigid and will not move during use

The user can adjust the top hinge without much effort. With the iPad attached, there is enough weight to increase the turning force.

The bottom hinge is another matter, as it cannot be easily adjusted with one or even two hands. We found ourselves scooping up the bracket for leverage to adjust the angle of the bottom hinge.

We noticed that the iPad could detach from the magnet grip if you tried to apply too much force to adjust the angle. However, the iPad rests rigidly on the stand when using the apple pencilespecially when in a lower, easel-like orientation. 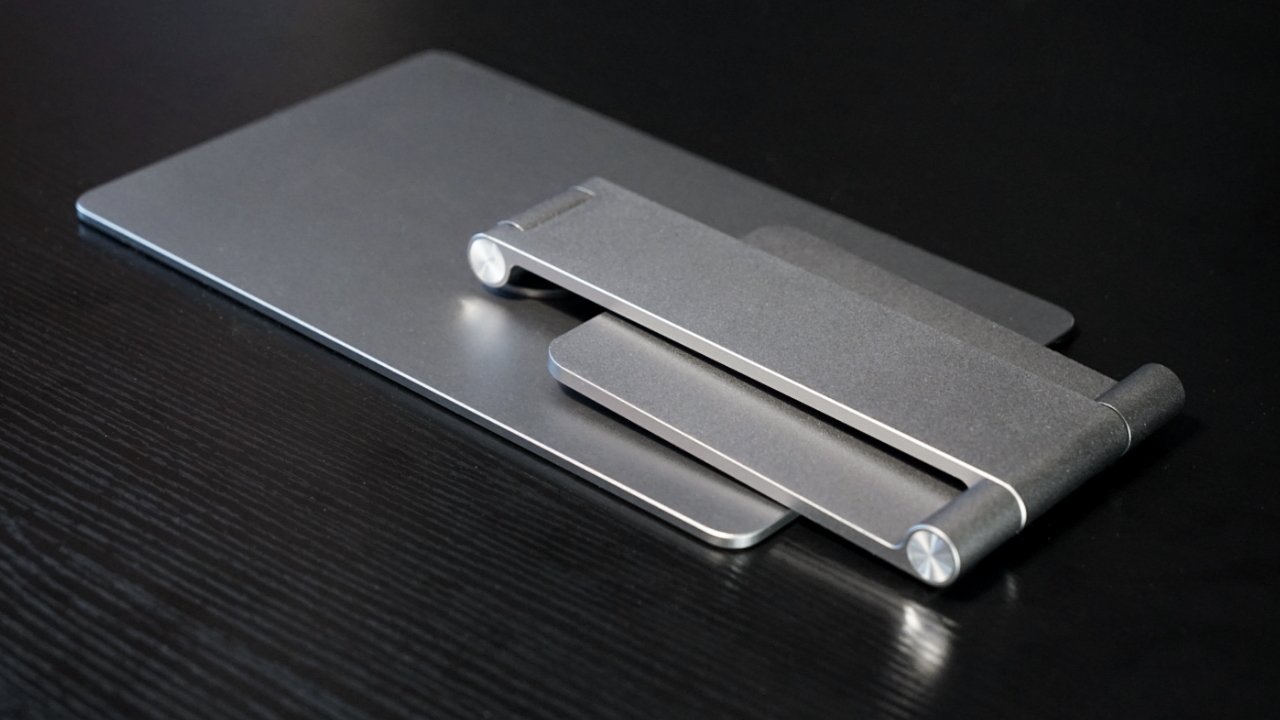 Fold the stand into a somewhat compact shape for storage

The ability to fold the stand small is another improvement over the original design. Once the iPad is removed, the stand folds down into a compact piece that can easily slip into a backpack.

There are pros and cons to any mount that has dynamic tuning. For example, the non-folding stands aren’t adjustable, so all you can do is place the iPad and rotate it, although that’s understandably a quick process.

The Lululook Folding Magnetic Stand needs more adjustments to get started, especially if it has already been folded for storage. Installing the bracket can take a while and a little patience as you set the correct angles on each hinge and then make sure it doesn’t tip over. 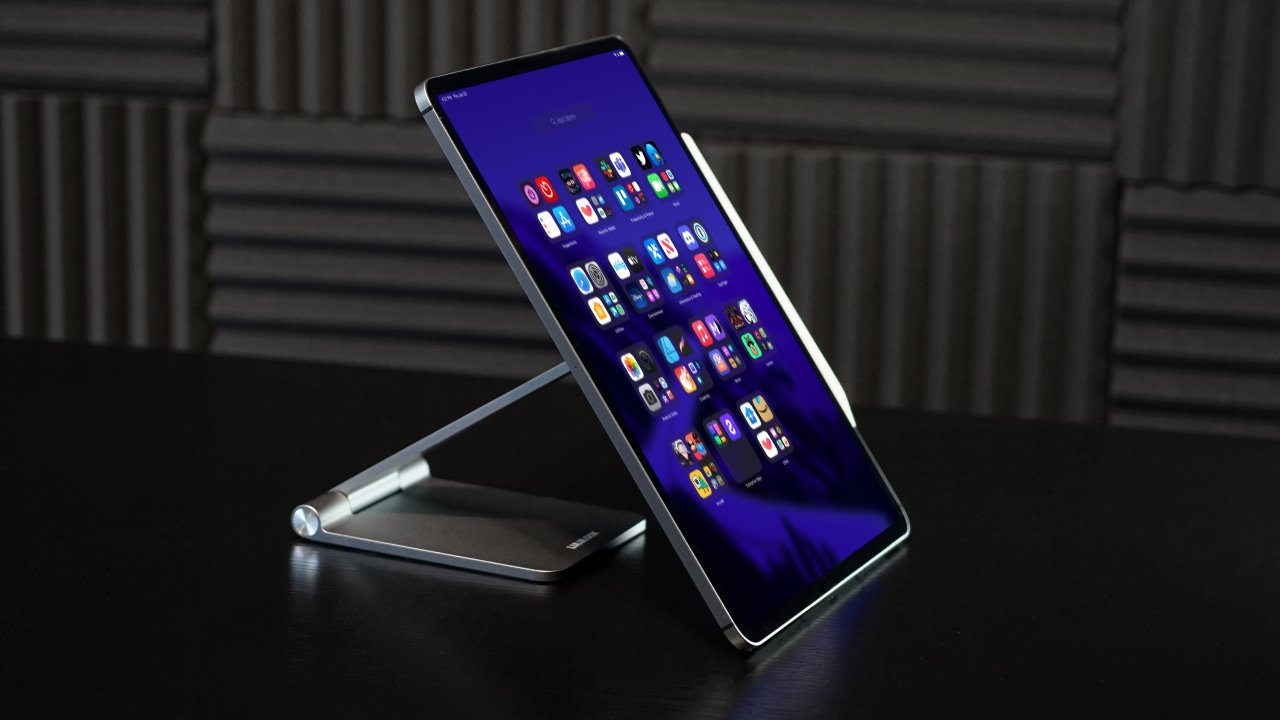 Use iPad in portrait or landscape mode, raised or lowered from many angles

Since the bottom hinge is difficult to adjust without lifting the stand, it can be a little tricky to get all the angles before putting the stand back in place. If the neck is too far forward, it will tip over.

A bigger or heavier stand could have solved this problem, but it would have compromised weight and portability. We think Lululook has struck a good balance here, but it’s not perfect.

We like that the stand is very versatile and can work from multiple angles.

The rigidity of the hinges is a positive point once everything is in place. There is virtually no risk of the iPad moving, even when drawing.

Should you buy the Lululook Folding Magnetic Stand?

Lululook’s Foldable Magnetic Stand is a great option if you’re looking for a rigid yet manageable stand that can be carried anywhere. We like the stand’s versatility despite the drawbacks of rigid hinges, and it looks great too. 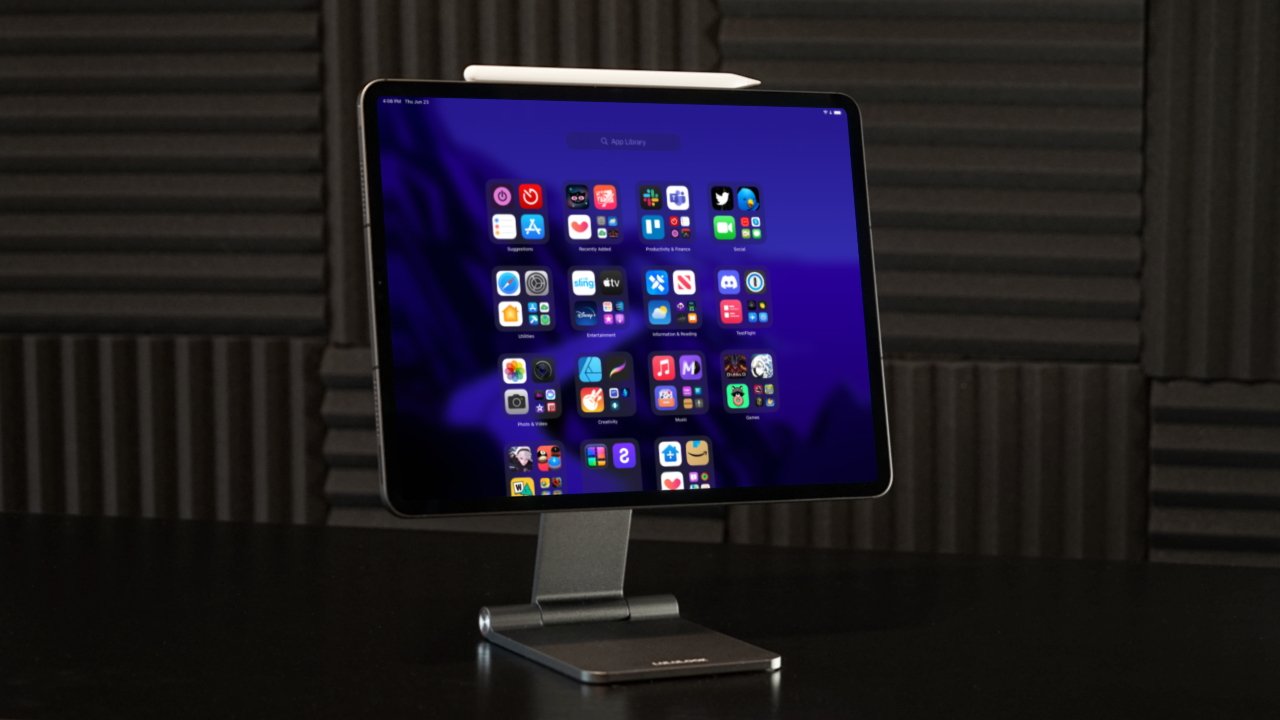 We found ourselves leaving the iPad on the stand as we move around our house, adjusting the angles depending on where it’s being used. Its light weight and adjustability make it a good option for those looking for a single iPad stand to rule them all.